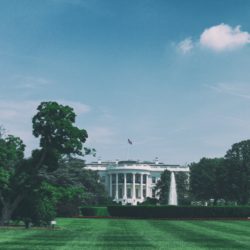 After relentless political talk of impeachment, it seems as though last week Democrats finally got the gift they wanted all along – an impeachable offense – as news broke of a whistleblower complaint alleging misconduct by President Trump. According to the complaint and the Memorandum of Conversation released by the White House, President Trump asked the Prime Minister of Ukraine Volodymyr Zelensky to investigate Joe Biden’s son on a phone call on July 25th.

On Tuesday, September 24th, House Speaker Nancy Pelosi announced the initiation of impeachment proceedings against President Trump, accusing him of violating the Constitution by seeking help from a foreign leader to damage a political opponent. Rather than speculating on the political consequences of impeachment, we will try to analyze the potential effects of impeachment proceedings on domestic financial markets. Remember, whatever happens in the short term, we at M3 believe in investing in the long run.

If you have a wide outlook, then any potential market downturn is just a detour, not a derailing.

So, how exactly does impeachment work?

It’s important to note that Mr. Trump has not been impeached yet.

The House will bring the articles of impeachment to the floor and vote on them. A simple majority is needed to impeach the President. The Constitution establishes that the Senate tries impeached public servants, and a 2/3 supermajority is needed to remove the President from office. Given the Republican control of the upper chamber of Congress – with 53 Senators tipping the scales– removal from office is a very unlikely scenario.

What does this mean for the markets?

Some short-term investors may agonize over political turmoil and desperately want to allow it to shape their portfolios accordingly.

That is a poor strategy for growth in the long run. Investment strategies based on political trends to try to beat the market inevitably fail as you cannot predict market swings 100% of the time.

Over the last hundred years, the US President has had little impact on the total aggregate US economy or the total aggregate US stock market. At times sitting presidents’ decisions have had a significant impact on a specific narrow industry (Defense, Healthcare, Utilities, etc.) but rarely do political developments affect the broad economy in the long term. Impeachment most likely would not be any different.

Where are we heading?

Speaker Pelosi’s announcement put the impeachment machine in motion. In the coming weeks we can expect articles of impeachment to be drafted and eventually voted upon. It seems as though, given Democrats’ control of the House and broad support for impeachment, the articles will gather a simple majority and President Trump will be impeached.

However, it is likely the Senate will acquit the President. Barring unforeseen support by Republican Senators for the removal of the President from office, the odds of that happening are slim to none. So, how are the markets reacting to the current situation?

Upon news of impeachment on Tuesday, markets sank with the Dow falling 0.5% the S&P500 dropping 0.84% and the Nasdaq shedding 1.5% in anticipation of Pelosi’s statement. Since then stocks have fluctuated with other geopolitical news dominating the narrative.

At the moment, unless Democrats are unable to gather a simple majority in the chamber they control, there are two possible outcomes for impeachment.

Trump is impeached, but not removed from office.

This is by far the most likely scenario and there is reason to believe markets would look through President Trump’s impeachment.

Despite the president’s claim that the stock market would crash if he were impeached, the reality is that politics is a side show – what is going to drive the stock market are corporate earnings, trade and monetary policy.

Historically, the impeachment of President Nixon and President Clinton did not affect the markets. Impeachment proceedings against Mr. Nixon began in May 1974, and he eventually resigned in August of the same year. At the time, markets had already fallen 23% from their highs of early 1973, and the US was in the midst of a recession that had begun in November of 1973, so while it is possible the political drama may have increased uncertainty, it most likely played a limited role.

President Clinton was impeached by the House in November of 1998, and he was later acquitted by the Senate in February of the following year. The stock market sold off nearly 20% in the fall of 1998 (before the formal impeachment process) but that was due to Russia defaulting on its debt, not worries about the American presidential situation. Furthermore, even if Mr. Clinton had not been acquitted, in late 1998 the Dot Com bubble was a runaway train and it is very well possible that even the removal of the President from office would not have dented the markets much.

Trump impeached and removed from office.

This is by far the more unlikely possibility. Undoubtedly this development would bring about greater uncertainty and instability, which could be detrimental to markets near all time highs. Vice President Pence would become commander in chief, leading to no significant foreseeable change in domestic economic policy, especially moving into an election year.

What are the potential ramifications of DC’s drama?

The reality of the matter is that markets are driven by fundamentals, and politics in a democracy can at times be more a spectacle than anything else.

The direct effects of the announced impeachment proceedings are likely to be very limited and the chances of President Trump’s removal from office are miniscule right now. That does not mean that there could be no further developments as a result of the impeachment effort.

Pressure is on for a deal with China

Going into an election year with impeachment proceedings on the way and growing signs of the trade war putting strains on the US economy, President Trump might feel increased pressure to strike a deal with China – even a more limited one than he was initially seeking. The additional incentive could lead to a bargain and an abating of trade tensions, with potential upside for both US and Chinese Equities.

However, increasing political pressure might make President Trump more unpredictable – and predictability is hardly one of the current presidency’s character traits. As previously mentioned, uncertainty tends to weigh on stocks.

The Democratic primaries and congressional gridlock are significant threats

A significant correlated topic is how the Ukraine scandal may affect Democratic front-runner Joe Biden.

If it were to favor Elizabeth Warren, markets could react negatively to the Massachusetts Senator winning the nomination, as she is viewed as a severely anti-corporate candidate. Her surge in polling could lead to socialism-induced jitters in financial markets.

While it is unclear exactly what impeachment might entail, it most certainly will not reduce partisanship in an already extremely polarized environment. The risk of congressional gridlock and increased partisanship might have significant negative effects on financial markets, especially with the revised NAFTA still awaiting passage in a legislative limbo and a funding battle looming when a stop-gap funding measure expires on November 21st. A dysfunctional Congress could concern the markets, and a shutdown would most certainly not be welcomed news.

What can we expect?

Markets will most likely look through Washington’s political machinations, and investment strategies that revolve around politics are very rarely effective. However, consequential risks loom as the impeachment battle gains steam, while the growing incentive for a trade deal with China may lead to a rosier outlook for trade, and therefore US markets.

Whatever happens, at M3 we are committed to your long-term growth and addressing your goals. Whether political disruption causes a recession, or anything else, the economy has historically moved in cycles so being prepared and having a wide outlook is key to making it through without losing your head. To learn more about setting your goals with us, click the button below.

An overview of the latest in international markets