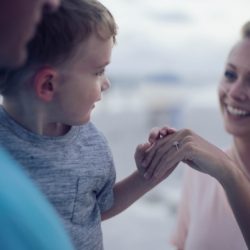 Investors are growing nervous as the U.S economy is displaying signs of a potential recession.

It’s not hard to see why. As with all things in the economy there are quite a few contributing factors.

The Fed has reassured the public that the U.S economy is healthy, reiterating that their monetary policy is a result of global economic tension. As the trade war escalates, the Fed may cut interest rates in the future to stabilize the economy and stimulate economic growth. There’s a lot to this potential recession and the growing fears so let’s break things down piece by piece. We’ll examine the signs of a recession and detail what you can do to prepare. Remember, we’re not investing for the short term, it’s the long haul that matters most.

It is reasonable that the U.S economy is beginning to slow down, in fact we’re due for a slow-down. We have been experiencing the longest economic expansion in U.S history. According to CNBC, “This cycle, starting in June 2009, breaks the record of 120 months of economic growth from March 1991 to March 2001”. The U.S economy has experienced a total cumulative gain of 25% in total quarterly GDP growth since 2009, according to Forbes.

Another sign that a Recession is looming is the inverted bond yield curve. Back in August, “the yield on the benchmark 10-year Treasury note was at 1.623%, below the 2-year yield at 1.634%.”, according to CNBC. The last inversion was in December of 2015 2 years after which the financial crisis occurred. It is important to note that although this is an indicator, it does not forecast a future recession with 100% certainty.

On Sept 1st, the Trump administration placed a 15% tariff on $112 billion of Chinese imports, according to CNBC. In total, current tariffs will cost the average U.S household $1,000 per year. Trump has agreed to increase the existing 25% tariff to 30% on $250 billion of Chinese imports beginning October 1st, according to CNBC. Now, it seems that there will be no agreement between Washington and China any time soon.

Here’s how you can prepare:

Since we have discussed the signals of a Recession, you may be wondering– How do I prepare? Here at M3 Wealth Advisors, we have the financial expertise and skill to protect your investments from volatility.

Here are a few tips:

Keep Debt at a Minimum:

During a Recession, your financial resources are going to be less abundant. It is important to eliminate any existing debt obligations while you have the funds available. Taking a family trip to Paris sounds like a wonderful idea, however, if you are borrowing quite a bit it’s not the smartest move. Trips to Europe are lovely, but not very prudent if you’re juggling mortgage payments with college tuition or other big expenses. When a recession is looming it’s time to make sure you’re in a good spot to weather the storm.

Although access to money may not be an issue, avoiding any potential catastrophes is a wise decision. We cannot predict if there will be a hurricane that destroys your beach house. However, we can take preliminary steps such as creating an emergency savings fund to prepare you for potential disasters. If you’re not setting aside money for savings then now is the time to start.

For example, for retirement plans, we evaluate risk in 5-year segments from the time of estimated retirement. The money that will need to be withdrawn in the next 5 years should be invested with minimal risk, investments that will be liquidated in 5-10 years should carry slightly more risk, and so on. This strategy of portfolio diversification with a timeline of risk variation allows for protection against potential market crashes because money that would be needed in the next five years would not be subjected to the risks of the stock market.

The majority of investors panic when they hear the word “Recession”. Many flock to their stocks and sell immediately. While everyone is selling, the price of stocks are falling all time lows, this is a perfect opportunity to lock in some great deals. Remember: the market will go back up at some point. Yes the 2008 recession was devastating but not too long after the economy righted itself and we’re hitting all-time highs. In many ways, a recession is a bit of a reset or sale. High priced stocks will drop and be excellent buys once the economy starts to turn around.

Hold low-risk investments such as bonds:

Due to the volatility of markets during a recession, it is important to take as little risk as possible. By minimizing the risk of your investments, you mitigate any losses while battling inflation. Bonds give investors low-risk capital returns. These may not be ‘flashy’ investments, but they can go a long way towards giving you a bit of a cushion and safety net.

Here at M3 Wealth Advisors, we want your family to enjoy the fruits of prudent investing and saving. With our Investment planner, we will guide you through allocating your wealth. Yes, the news of a recession may seem frightening but it doesn’t have to be. With some proper planning you can ride out most any storm. We’re here to help guide you through it.