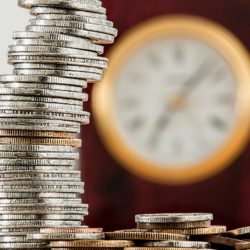 How a Postman retired with $70 Million

He did not inherit any money, and he didn’t win the lottery, this is not one of those stories. Theodore Johnson was able to pursue that nest egg through the magic of compound interest. One day Johnson’s friend asked him about what he was doing regarding investing, and after Johnson told his friend that he wasn’t doing much, his friend gave him a plan. His friend took 20% of Johnson’s income and put it in an index fund. Over the next 50 years, this fund appreciated to over $70 million. This growth is the magic of compound interests; your money works for you and that work compounds.

The Either Wonder of The World

If you’ve ever heard of the story of the prince and the chessboard; you already know the power of exponential growth. Growth is powerful, but growing at an ever-increasing rate is literally exponentially more powerful. Compound interest is one form of exponential growth, the one most closely linked to money and wealth accumulation.

Compound interest is when interest is received both on the initial principal and on interest earned. In numbers, if I invest $100 in an account gaining compounding interests at 4% per year, I would have $104 at the end of the first year. But I would have $108.16 the next, that extra $0.16 is the interest on the first $4 gained. Now that might not seem like a lot, but again, the accumulation of prior interest causes the rate of return to increase exponentially. For this reason, Albert Einstein to call it, “The Eighth Wonder of The World”.

But just as we saw in the small $100 example, it takes time and starts slowly. Beyond the interest rate, the most important thing when it comes to compound interest is time. You want as much of it as you can get. Even if you only have $500 or $1,000, invest it. PFor the regular person, investing in an index fund may be the way to go. That first $1,000 will help you open an account and make adding to it easier. The crucial point here is to start early so as to give yourself time to grow with the market and reap the benefits later.

Here at M3, that is the way we believe you should approach investing. Don’t look for the needle in the haystack or chase a short-term gain, instead plan ahead for the long run.

This is the concept that the value of a dollar is worth more today than at a time in the future. This extra value comes because of its earning potential. You want to save and start moving that money into your portfolio to take advantage of the time value of money through gaining interest on your investment. Dividends are another piece of this pie, but if you reinvest dividend gains, you are achieving the same thing.

If tomorrow the government were to impose a living tax of 20% on your income, you would pay it. You would argue and fight, but you would pay it. Live your life with this 20% tax like Mr.Johnson and pay that money to your portfolio. Don’t check it every day or week, just set up an automatic withdrawal and have the funds moved to your account before you even touch it or see it.

In this way, you will move one step closer to your goals, whatever they are. When you grow with the market and live below your means while securing your future it allows you to spend the spare income you do have knowing your goals are going to be met when it comes time to withdraw. Haven’t thought about your long-term financial goals, or just confused at the concept?

Click below to take the first step in planning.

A New Type of Life Insurance

Simple tips on budgeting and savings